Agony of the moment defence – a driver’s successful appeal

Legal liability can be challenged in circumstances where a party establishes their actions were as a result of the agony of the moment and consistent with what a reasonable person in the same position would have done.

In Reardon v Seselja, an appeal court examined whether a driver had breached his duty of care while he was acting to avoid harm under stress during a road rage incident and in circumstances where there was no dispute that his vehicle had caused the collision.

The trial court held that the first defendant driver (Reardon) had breached his duty of care to other road users and caused personal injury to the plaintiff (Seselja). This outcome followed a finding that Reardon had caused his car to reverse into Seselja’s vehicle, causing minimal property damage but significant injury to her hip.

The trial court heard evidence about the following circumstances and made findings to this effect:

It is clear that all involved in the trial and the appeal considered the attack on the occupants of Reardon’s Lancer to be unprovoked and terrifying.

The trial judge found a breach of duty by Reardon, reasoning as follows:

Basically, the judge considered the incident to be a result of Reardon’s lack of driving experience.

The appeal judges disagreed with the trial judge’s view that Reardon’s actions arose from inexperience. They were persuaded that anyone in the position of Reardon would have been terrified.

The appeal court held that the approach to considering whether Reardon was liable required consideration of all material facts and circumstances resulting in the collision, and then to consider the reactions of a reasonable person at that time.

Their honours agreed that in hindsight, it might be observed that Reardon should have checked the rear-view mirror before he reversed and that, if he had done so, he would have seen the vehicle behind him, with the result that the accident may have been avoided.

The court went on to hold, however, that reasonableness is not assessed with the benefit of hindsight.

In a split decision, the appeal was allowed with costs. The dissenting judge would have dismissed the appeal, holding on the available facts that Reardon had been negligent in failing to keep a proper lookout immediately prior to the attack.

The agony of the moment defence is an effective way to defend claims for damages or injuries caused in stressful situations as a result of reactions that might be expected of any reasonable person in the same position.

This defence is heavily reliant on factual evidence about the events under consideration and the analysis undertaken about what the defendant ought reasonably have done looking at all circumstances from their perspective at the time events were unfolding (and not with the bias of hindsight).

In the present case, the appellant benefited from the extraordinary circumstances and the evidence of other witnesses corroborating his version of events. 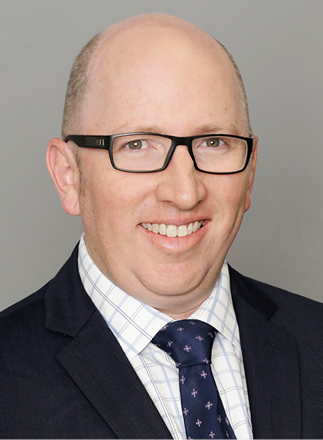