A Commonwealth Integrity Commission – A Promise That Must Be Kept

At Commonwealth level there is a gap in the oversight of government conduct. The draft bill for the establishment of a Commonwealth Integrity Commission (CIC) previously proposed was widely criticised as inadequate. The changes that may be made to the draft bill and the speed at which the CIC can be established by a newly elected government is critical.

Reflected by the creation of the ‘Federal ICAC Now’ party, the establishment of an anti-corruption commission was one of many important election issues. Although there is bipartisan support for its establishment, the Coalition was criticised for failing to promptly establish it.

The two major parties have differing views on what form a CIC should take. In the lead up to the election, the Coalition warned about the introduction of an ‘ill-thought through Integrity Commission’. They sought to avoid a model similar to those adopted by some States. When in opposition, the ALP said a CIC must have ‘some teeth’.

Despite years of support for a CIC, it was not until late 2020 that an exposure draft bill was introduced. The bill and the proposed form of the CIC, was universally criticised. It proposed the CIC would have the ability to investigate:

However, under the draft bill, the scope and method by which the conduct of parliamentarians, public sector and law enforcement agencies could be investigated were distinctly different. It was proposed the CIC investigate conduct of:

The scope of parliamentary and public sector conduct that was proposed to be subject to oversight by the CIC was incredibly narrow. To take recent examples where concerns have been raised, the CIC could not investigate any concerns about government contracting, government appointments or the role of lobbyists. Some of these may be reviewed by the National Audit Office, but there is a significant gap in public expectations of a CIC compared to similar State and Territory bodies.

There are also some limits on how the CIC would receive complaints. For example, it cannot receive a complaint about a public servant from the public.

Senior members of the Coalition expressed a desire not to ‘repeat some of the mistakes at several levels that have occurred at State level’. The former Prime Minister even criticised the activities of State Commissions as being likened to a ‘kangaroo court’.

That criticism misunderstands and misrepresents to the community that an integrity commission functions like a court. Its role is primarily to investigate and make findings about conduct. It also ignores the broad support for the model adopted for State Commissions.

In the last week of the election campaign, 31 former judges took the rare step of expressing their shared views of the importance of an effective integrity commission. Of note, they are reported to have said:

Institutions of democracy are being eroded. Important roles in government are being given to political friends. And there is no proper scrutiny of ministerial decision making. We must act now to rein in corruption in Australia.’

When in opposition, the ALP called for the CIC to have the power to hold public hearings into conduct of law enforcement and public sectors, an ability to act on tips from the public and commence own motion investigations. And importantly, retrospective powers to examine past behaviour.

While a review of the draft bill is likely to result in changes to the proposal, it is timely to observe that there is less scrutiny of conduct at Commonwealth level than there is of State and Territory Governments. Any model for the CIC must respect fundamental legal principles, but to ensure it is effective, the CIC must be independent, sufficiently funded and should have the:

Some of our nearest Pacific Island neighbours are establishing commissions that adopt many of these powers. These countries have acknowledged that their prosperity is dependent upon integrity in decision making. As the former judges warn, an effective and independent commission is required to restore trust in our democratic system. 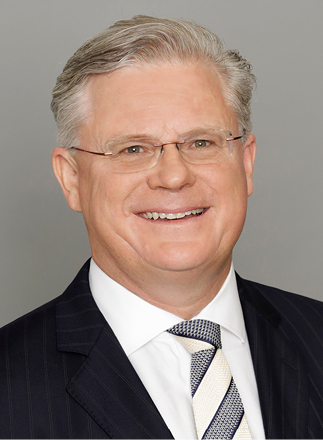