It is common practice for trade creditors to obtain security from debtors in credit application terms in the form of a charge over land provided and then proceed to have a caveat registered against the debtor’s land. An issue can arise when there are competing caveat interests over the debtor’s land and not enough money to satisfy all the claims.

An example under which an interest in land may arise is a credit agreement which contains a charging clause where a charge is created against the land owned by the debtor to secure the debtor’s indebtedness to the creditor. The following is a typical charging clause appearing in credit applications:

The debtor hereby charges any real estate wherever situated it now or hereafter owns with the performance of its obligations and liabilities under the Agreement and acknowledge that the creditor may at its discretion register a caveat in respect of such charge.

This clause gives the creditor a caveatable interest in the debtor’s land and therefore a right to register a caveat.

What is the Priority of Competing Interests?

The court can dispense with the first in time rule if it finds there has been an act or omission on the part of the earlier interest holder which should warrant that priority be afforded to the later interest holder.²

In determining whether the first in time rule may be dispensed with, the courts look at the whole of the conduct of the parties and surrounding circumstances.³

In summary, the earlier credit application has priority unless there was some conduct by that earlier creditor which will postpone their priority.

Effect of a caveat

The purpose of a caveat is to act as a notice to parties who search the land title register, and to prevent the registration of dealings which might defeat the unregistered interest of the caveator without notice to the caveator of the proposed dealing.⁴ Lodgement of a caveat by a holder of an interest in the property will prevent the recording of new dealings on the title of that property and could extinguish the holder’s interest, such as transferring title of the property to a third party.

The courts have noted that a delay or failure in lodging a caveat may amount to postponing conduct in situations where the failure or delay by the holder of the prior equity to lodge a caveat contributed to a belief on the part of the holder of the subsequent equity that the prior equity did not exist.⁵ An example of this may be where an earlier creditor does not register a caveat and a later creditor searches the register and based upon there being no caveat registered proceeds to give supply to the debtor. The later creditor who did the search may seek priority over the earlier creditor.

The courts have held that postponing conduct also exists where a party withdraws a caveat causing a later interest holder to assume the earlier party no longer seeks to enforce or protect their interest.⁶

The Doctrine of Notice

The doctrine of notice operates to protect a creditor who has acquired a legal interest in land/property for value and without any notice of the existence of any prior equitable interests in the land/real property. In such a case and if certain requirements are met, the holder of the later legal interest will retain priority over any earlier equitable interests in the land of which it did not have notice.⁷

As a general rule, where interests are recorded against the title of land in the form of caveats, their respective priorities are determined in accordance with the date of the underlying agreement giving rise to the interest where earlier in time prevails rather than the caveat date. A creditor may give up their earlier interest if there is postponing conduct by them and a later interest in land has relied on the conduct of the earlier interest.

For a caveat to be valid, it must meet the following general requirements:

It is important to note that each state or territory may have additional requirements when caveats are registered against land requiring certain actions be undertaken in order to prevent the caveat from lapsing such as issuing proceedings. 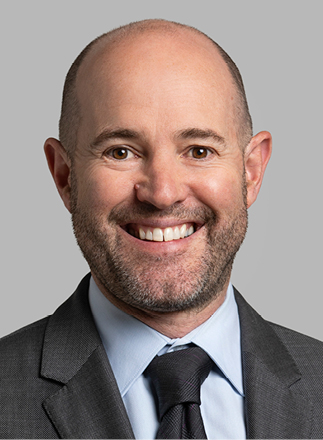